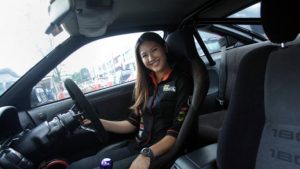 If you met Leona off the circuit, you probably wouldn’t have guessed that she is a professional race car driver.

Don’t be fooled by her gentle demeanor. Not only has she been racing for over 18 years, but she is a racing driver with an indomitable spirit. 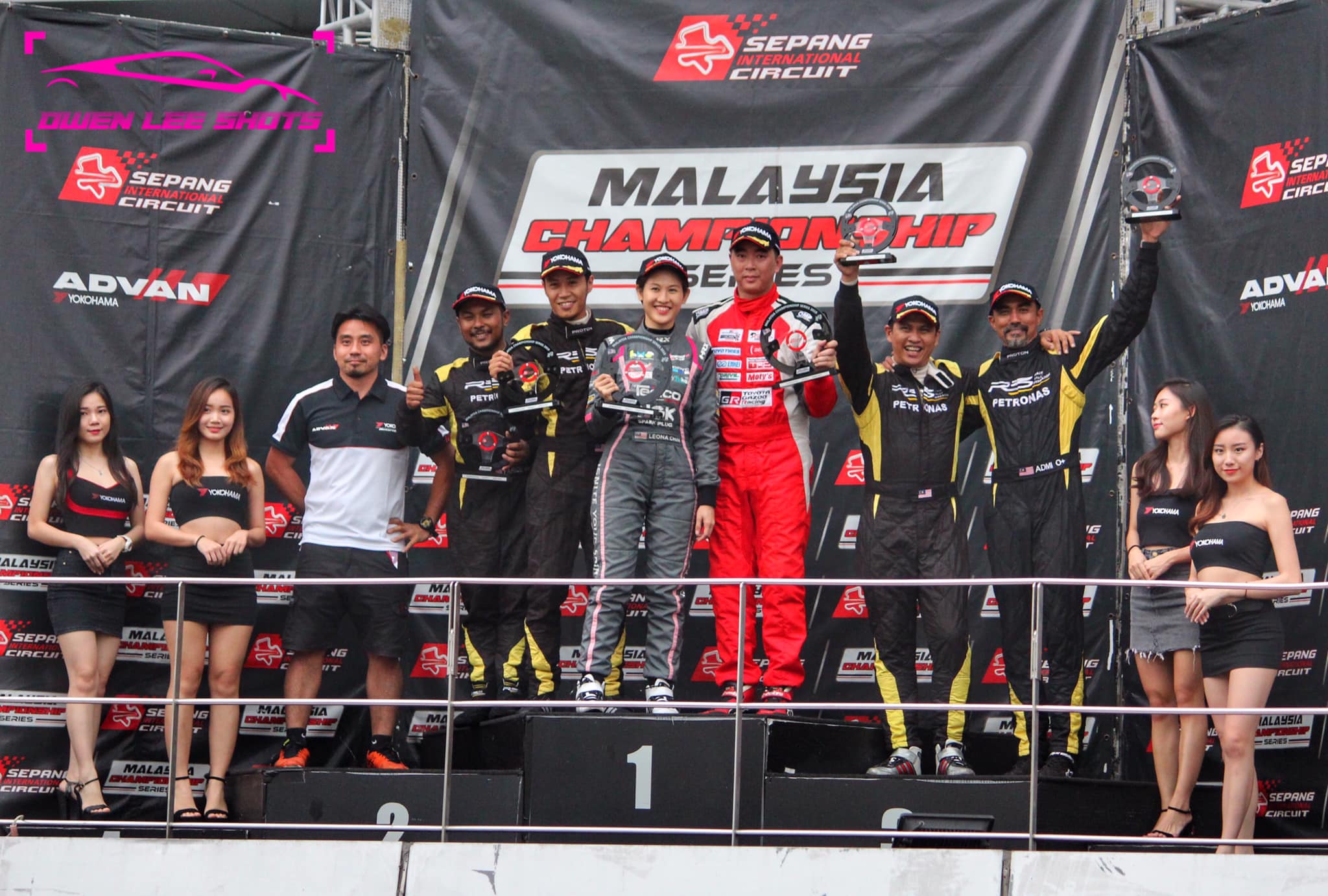 It’s hard to believe that Leona Chin’s extraordinary exploits began with a chance encounter with a group of car enthusiasts. Beyond kindling a contagious passion and leaving a lasting impression on the world of cars; it was the catalyst of things to come.

“They taught me the specifics, everything I needed to know about engines, engine performance, and other technical knowledge. Most importantly, they taught me how to drive,” she says gratefully.

What began by mere coincidence developed further, fueled by a desire to learn, an openness to change, and a hunger to grow.

Recently Leona has been garnering exceptional attention in the international motorsport industry. It is clear that her grit, talent, and perseverance in training have positioned her for excellence; having mastered a male-dominated sport. Leona brazenly breaks down the stereotypes by pushing the boundaries of a women’s strength, limit, and endurance. Making her debut GT race in GT World Challenge Asia Series in 2020. However, due to the Covid-19 pandemic, she was unable to continue the race season as it was canceled. 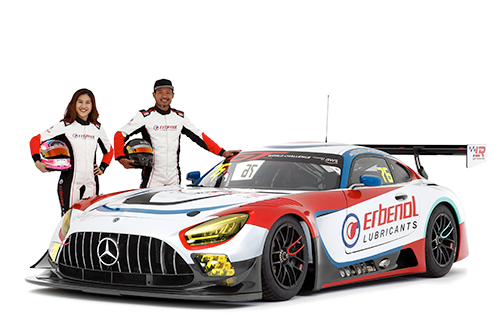 2019 Leona was appointed the official ambassador for China Auto Salon (CAS) and performed in front of the live audiences at the Shanghai Exhibition Centre. She also performed with 溜溜哥 live stream. 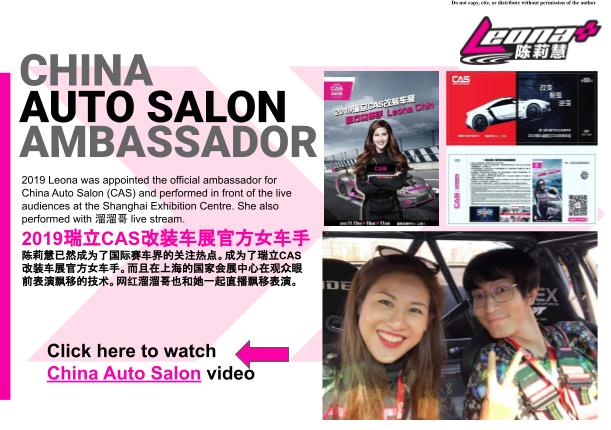 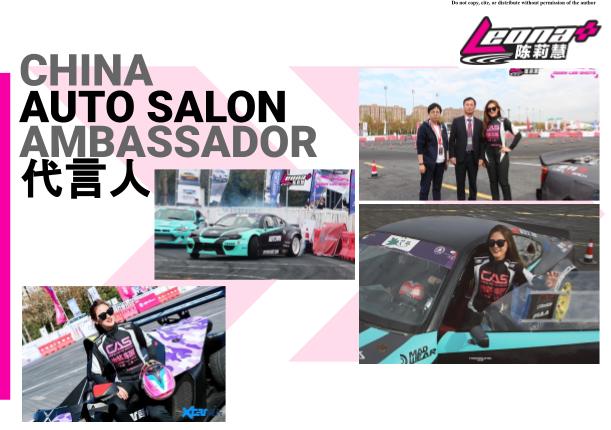 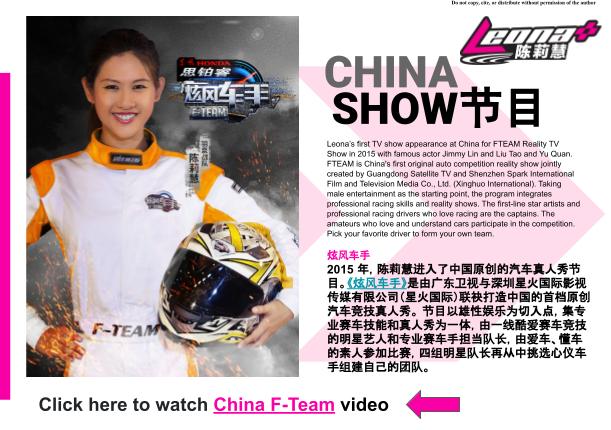 2019, Leona’s was invited by CCTV to attend the Formula 1 Race at Shanghai 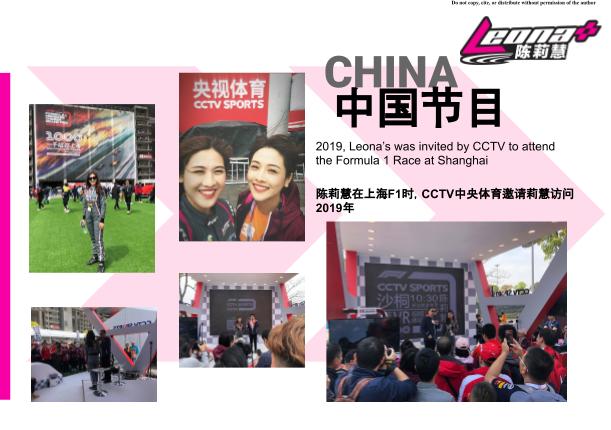 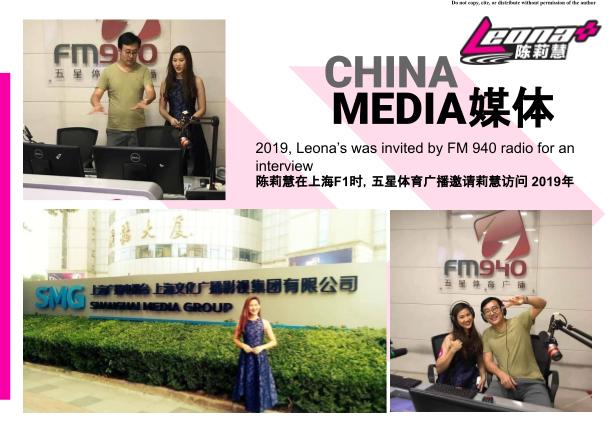 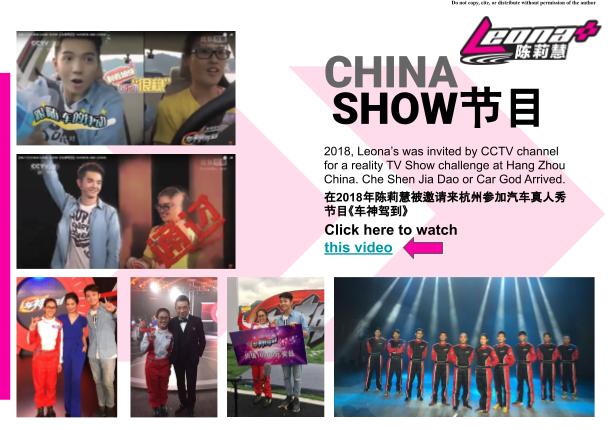 Leona Chin, a motorsport athlete from born in Selangor, Malaysia.

She is a nerdy girl who likes racing. She especially loves racing and motorsport drifting.

She began her career in the motoring industry in motorsport drifting at the age of 19 and earned her way to become a race car driver for an all-female race team for a 12-hour endurance race.

Throughout her career, she participated in various motorsport activities locally and internationally.

In 2015, her appearance in 2 videos on went viral worldwide “the Fast & Furious Nerd Shocks Instructors” and “Sales Lady in a Car Showroom” with MaxmanTV in 2015.

Her videos won Freaking Awesome Video of the Year Award in WebTVAsia 2015 Awards.

In 2016, Leona competed in the Clio Cup China Series and won Overall Runner Up in the championship series.

In 2019, Leona was awarded the Most Inspiring Female Motorsport Athlete for the Sepang Circuit Awards.

In 2020 and 2021, Leona and Tengku Djan will participate in the GT World Challenge Asia series, under the fully Malaysia Racing Team – Legacy Racing Team, however due to the covid-19 pandemic, the team will not be racing this year. 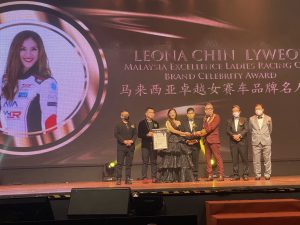